TWIGGY AND HAMISH GO TO GERMANY

Her efforts were rewarded when Dr. Helga Körnig of Internationalen Tierschutzvereins Grenzenlos e. V. agreed to extend their international programme to include Malta. Jutta wasted no time to come back to Malta and bring with her plans for a neutering programme to be funded by ITV Grenzenlos and organised by Noah's Ark Animal Sanctuary. She also brought two crates with her, to take back with two dogs of the sanctuary for homing in Germany.

The lucky dogs are Twiggy, a Pharaoh Hound and Hamish a comic fluffy little chap. Both were rescued by Noah's Ark Animal Sanctuary about four months ago.

Twiggy was picked up looking like a skeleton, roaming the streets of Mellieha. Hamish was seen abandoned in the highway at the entrance of Mellieha.

This morning, both dogs were off on the adventure of their life. Both are in search of a loving and warm home in Germany. Their progress will be monitored by both Noah's Ark Animal Sanctuary and ITV Grenzenlos. 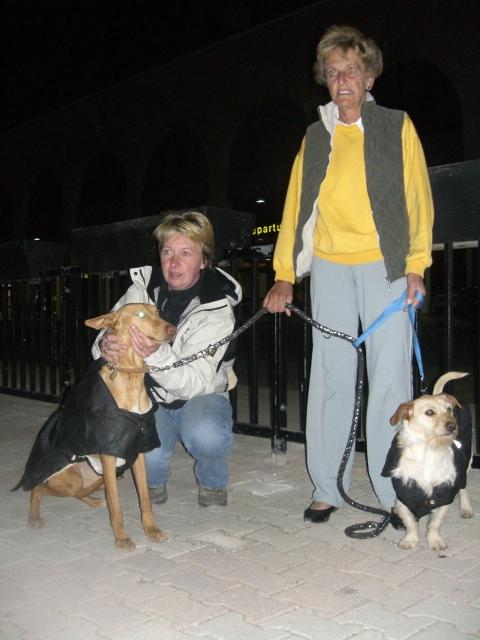 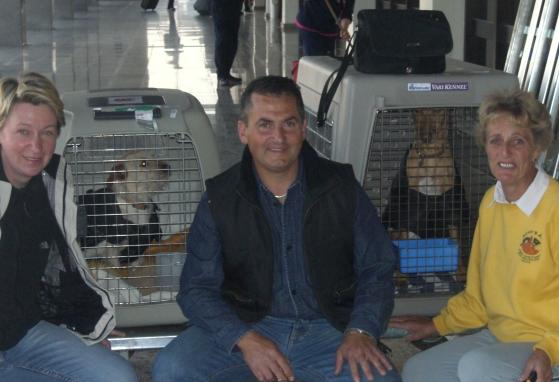 Hamish and Twiggy ready for their flight to Germany with Juttta, Fabio and Joan